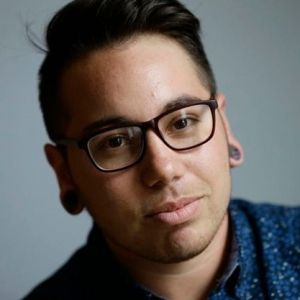 Joaquín Carcaño is a queer, transgender Mexican-American man who calls home both the Rio Grande Valley of the Texas-Mexico border and Durham, North Carolina.  Following his undergrad at the University of Texas at Austin, he worked in community health in the Peruvian Andes, followed by 6 years working at UNC’s Institute for Global Health and Infectious Diseases focused on HIV care linkage and navigation services primarily for the state’s Latinx community.

In 2016, Joaquín became the lead plaintiff in the North Carolina HB2/HB142 lawsuit which restricted access to public facilities for the transgender community and removed anti-discrimination protections for the LGBTQ community. In 2018, Joaquín joined the Latino Commission on AIDS, Latinos in the South staff as the Director of Community Organizing and recently began his new role as Director of Southern Health Policy. He is a board member of the LGBTQ Center of Durham, on the Duke Adult Gender Medicine Transgender and Nonbinary Patient Registry advisory board, and sits on the board of directors for the Southern AIDS Coalition and ACLU of NC.

He spends his free time running after dogs or drag queens, unwinding with puzzles, and watching women’s soccer or bad reality television.